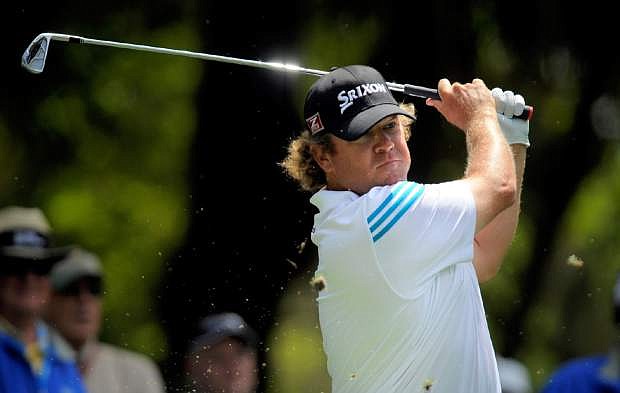 William McGirt watches his drive off the ninth tee during the first round of the RBC Heritage golf tournament in Hilton Head Island, S.C., Thursday, April 17, 2014. (AP Photo/Stephen B. Morton)