US: Russia has ‘days, not weeks’ to follow accord 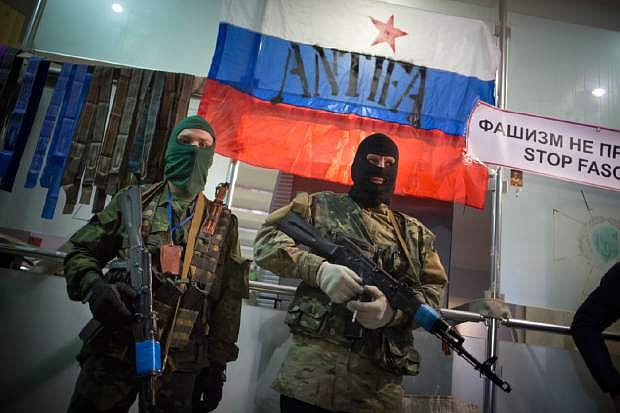 Masked pro-Russian gunmen guard an entrance of the Ukrainian regional office of the Security Service with a Russian National flag is in background in Luhansk, Ukraine, Monday, April 21, 2014. U.S.Vice President Joe Biden is heading to Ukraine to meet with leaders of the turbulent country. Biden&#039;s visit comes a day after violence erupted in eastern Ukraine, despite an agreement last week aimed at easing tensions.(AP Photo/Alexander Zemlianichenko)