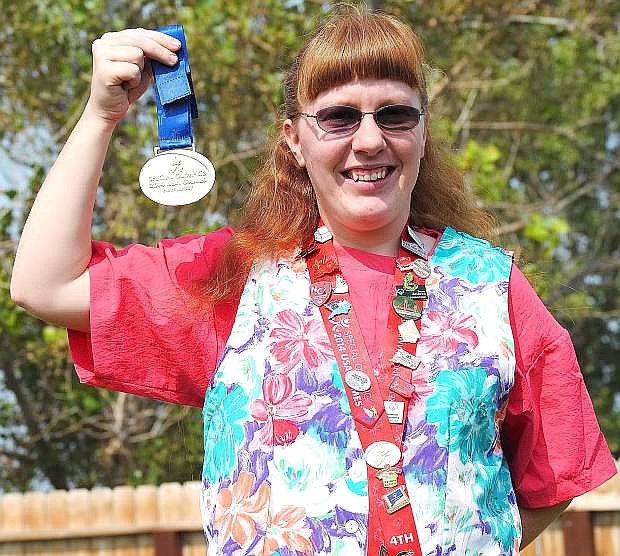 Fallon&#039;s Brandy Goodson shows off her gold medal in the 100-meter race from the 2014 Special Olympics held in Princeton, N.J. in June.