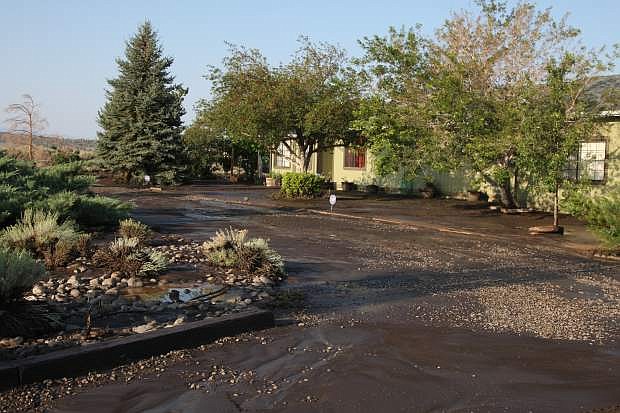 This property at 1358 Windmill had a good portion of the yard washed away by the flood waters Wednesday night.