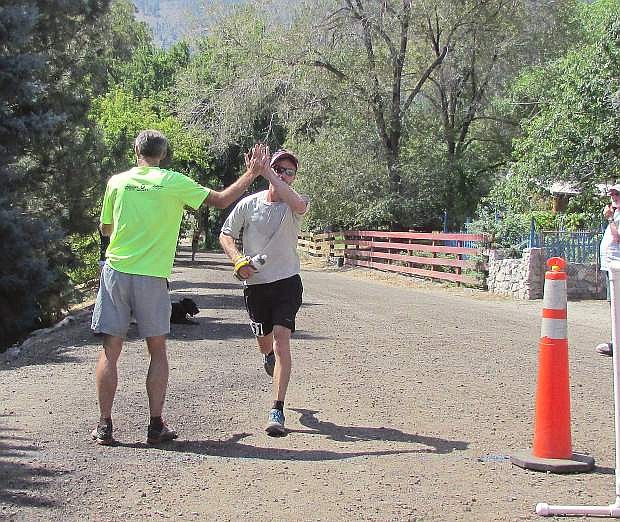 Paul Sweeney of Truckee receives a high-five at the finish line Saturday as he wins the second annual Genoa Peak Madathon.