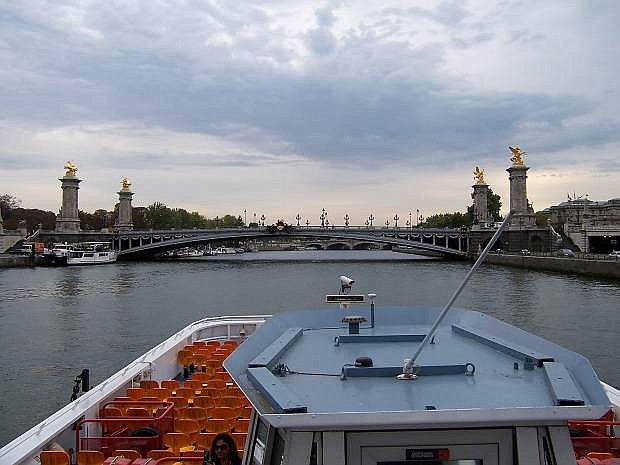 This is one of the 46 bridges over the Seine River in Paris taken tour boat. Hitler had ordered every bridge be blown and Paris be left a pile of rubble.