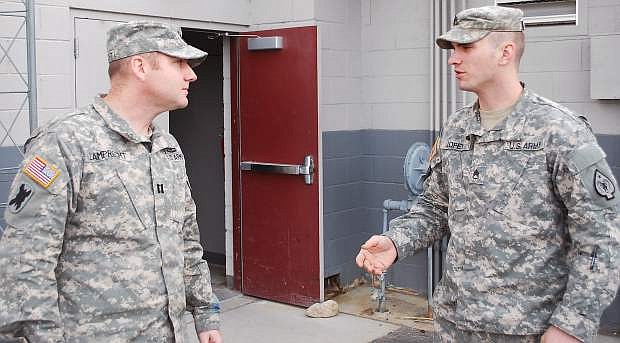 Capt. Joannes Lamprecht, left, the new commander of the 609th Combat Engineer Co., listens to one of his soldres, Staff Sgt. xxxxxxxxx