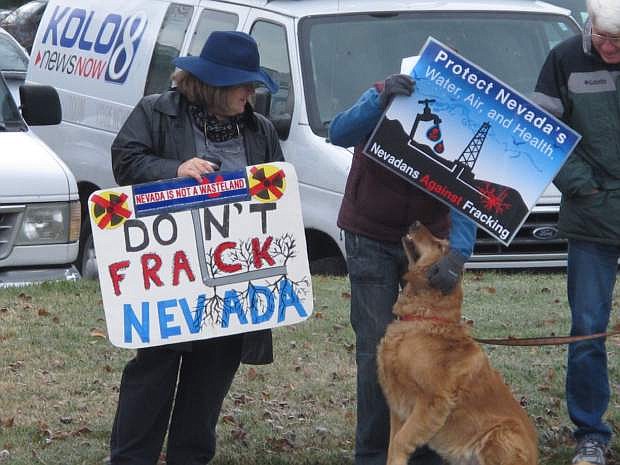 About two dozen anti-fracking protesters rally Tuesday, Dec. 9, 2014, outside the U.S. Bureau of Land Management (BLM) in Reno during the auction of oil and gas leases for energy exploration the critics say will utilize hydraulic fracturing that poses a threat to fish, wildlife and groundwater. BLM officials say all but one of the 97 parcels offered went unsold because of concerns about uncertainty about future sage grouse protection. (AP Photo/Scott Sonner)