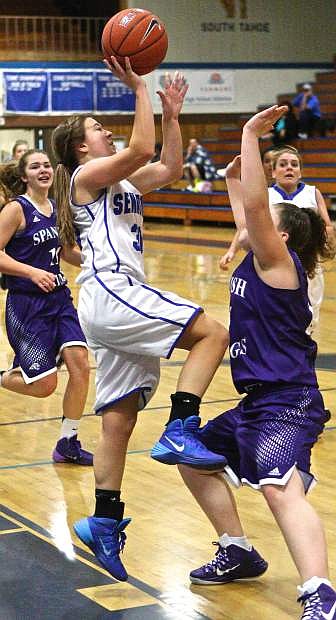 Junior guard Andrea Maffei puts up a shot and ends up getting fouled in the process at CHS Thursday night. The Senators defeated the Spanish Springs Cougars 41-25,