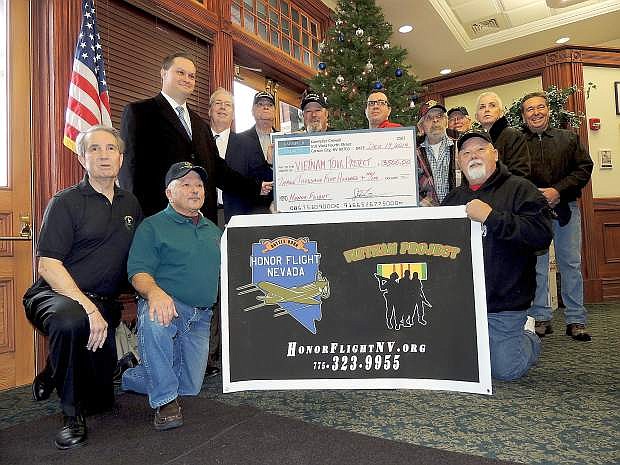 Members of the Kaempfer Crowell law frim gave Honor Flight Nevada a $3,500 donation on Friday. The money will be used to fly a Vietname veteran to Washingtion D.C.