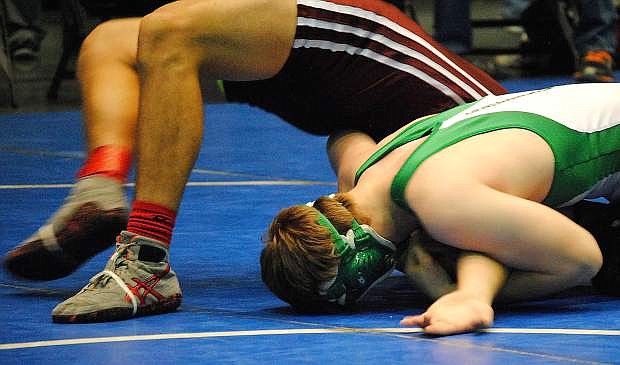 Fallon wrestler David Hughes, right, works for the pin during his first-round match Friday at the Reno Tournament of Champions. Hughes placed fourth at 180 pounds.