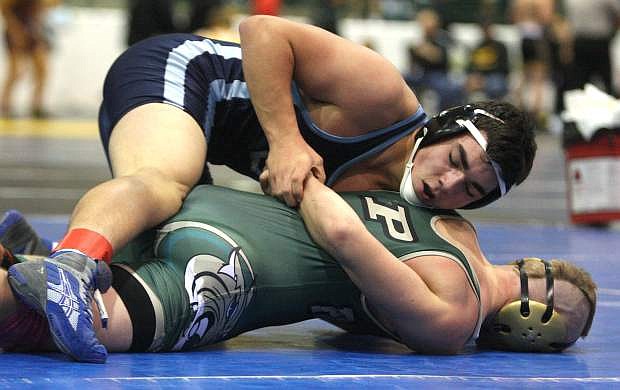 Alex Honeycutt wrestles to a 8-0 win at the Sierra Nevada Classic on Monday in Reno.