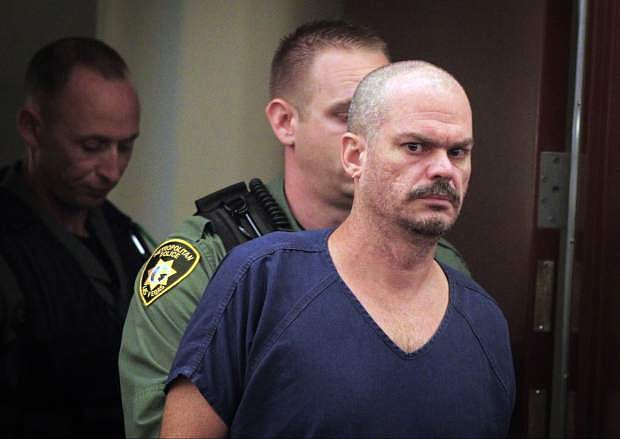 FILE - In this Aug. 23, 2013 file photo, David Allen Brutsche, right, who identifies himself as a &quot;sovereign citizen,&quot; appears in Las Vegas Justice Court at the Regional Justice Center in Las Vegas. The 43-year-old ex-convict who had been accused of plotting to kidnap and kill Las Vegas police officers to advance an anti-government sovereign citizen philosophy is expected to take a plea deal that could get him freed from jail later this year. (AP Photo/Las Vegas Sun, Leila Navidi, File)