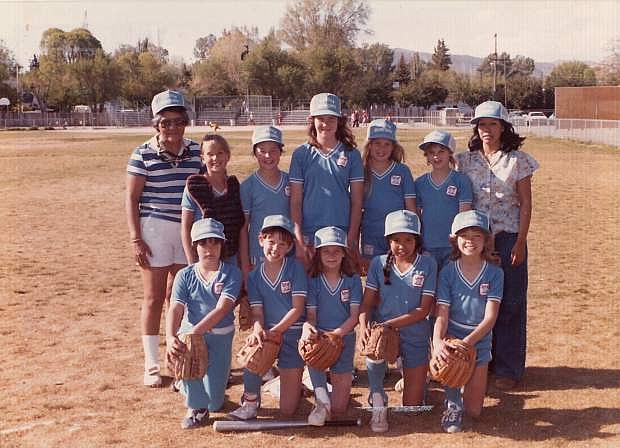 Jean McNicoll, left, and Myrna Rivera with the 1983 Carson City Bobby Sox team they coached. The sisters are organizing a reunion of female athletes from the 60s-80s.