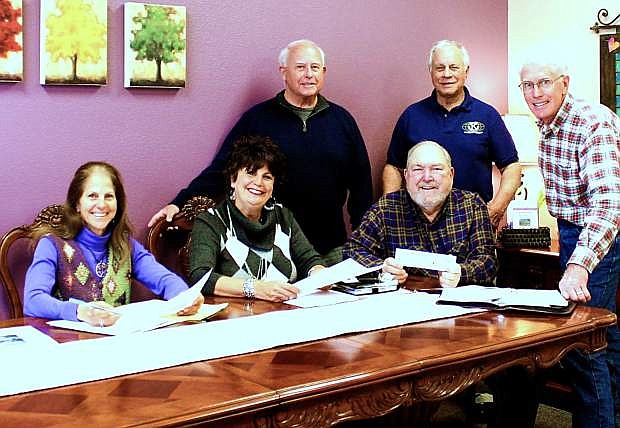 Barbara Slade, Debbie Posnien and Dave Nelson, seated, work with Kiwanis members John Cole, Rudy Hammond, and Peter Engle on the club&#039;s Feb. 22 benefit concert by Woody and the Longboards at the CVIC Hall in Minden.