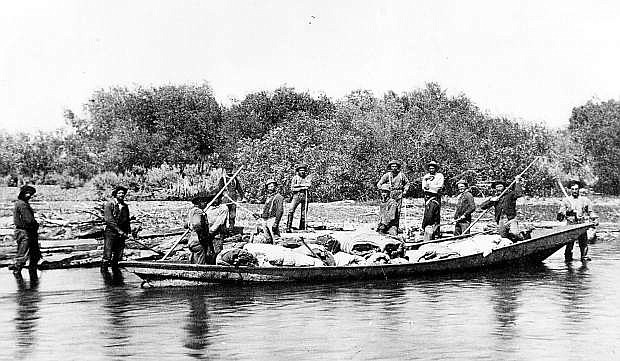 This 1888 photo by C.E. Peterson catches a Carson River wood drive as it carries food and bedding for the crew. The men are working near Empire after having started the drive some 50 miles upstream in Alpine County.