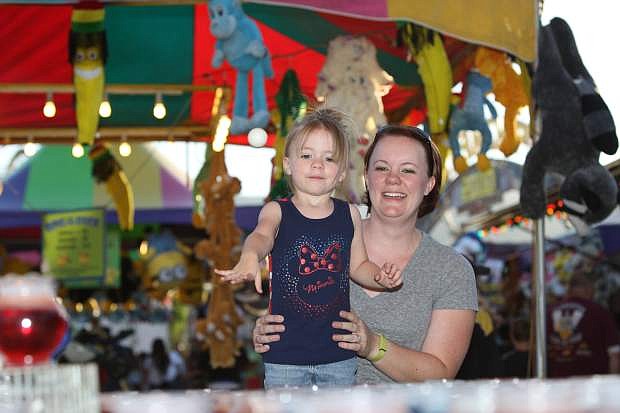 Lily Boelter, 3, with the help of her mother Ashley Boelter of Mound House toss a ball with hopes of winning a goldfish Friday evening.