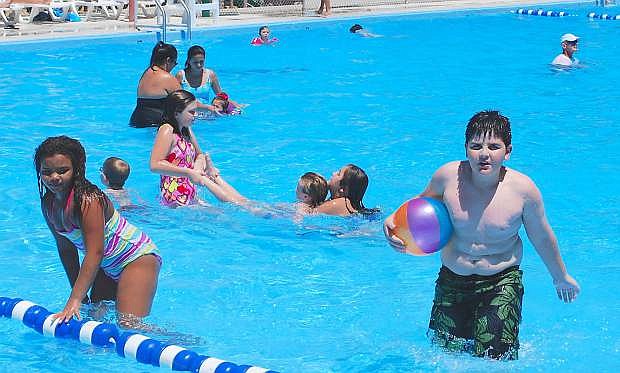 Youngsters cool off in the city&#039;s swimming pool on Monday as the mercury soared to 105 degrees.