Chad Pfeifer is the feel-good story of ACC 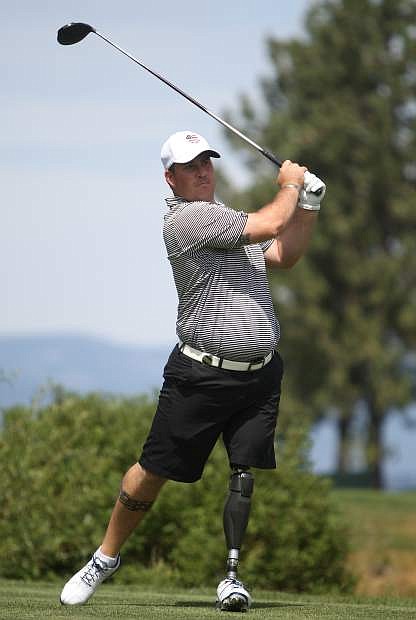 Chad Pfeifer plays a practice round for the 2014 American Century Championship at Edgewood Tahoe Golf Course in July. Pfeifer, who lost his left leg after an improvised-explosive device on patrol in Iraq in 2007, finished fifth and was the star of the tournament.