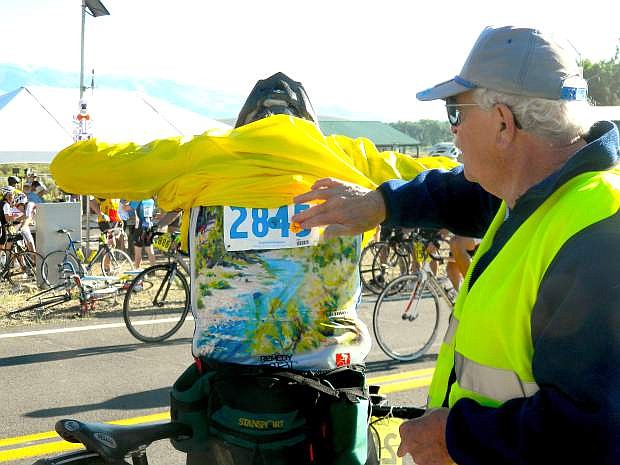 Each cyclist received a colored sticker at the base of each pass before continuing on the ride.