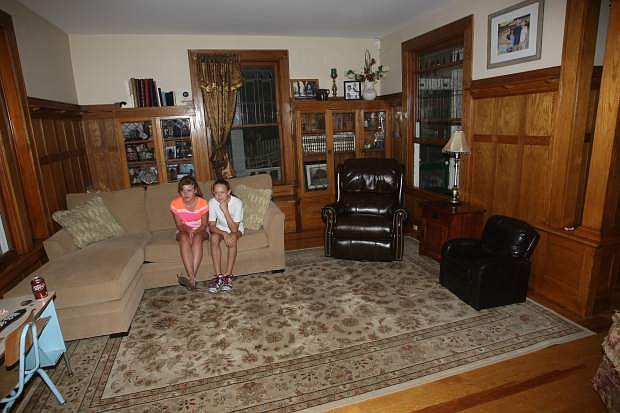 Brooke Robinson, 12, and Katie Fralick, 11, sit on the couch in the living room of the century old Krebs-Peterson mansion on Saturday.