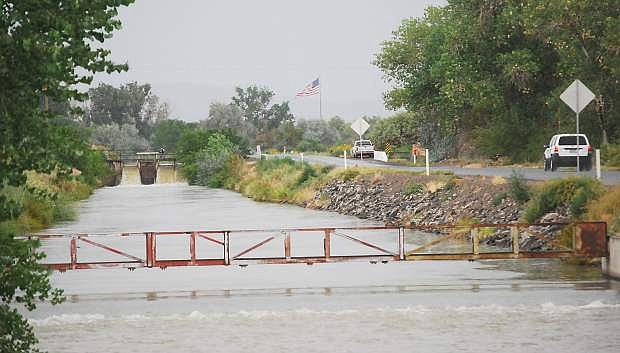 Rain pounded one of the irrigation canals north of Fallon Sunday when .16 inch of preciptation fell in the area.