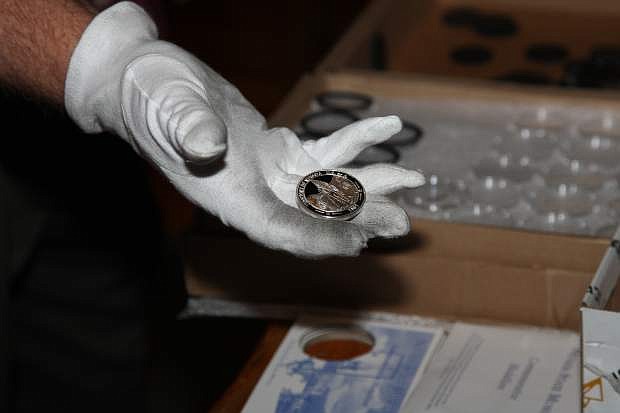 Ken Hopple displays a freshly pressed coin on Friday at the state museum in Carson City.