California Chrome made 3-5 favorite for Belmont 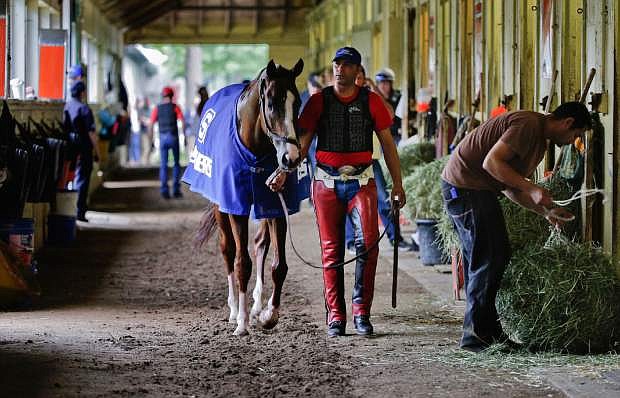 Exercise rider Willie Delgado hot walks California Chrome after a workout, Wednesday, June 4, 2014, in Elmont, N.Y. The Kentucky Derby and Preakness Stakes winner will attempt to become the first Triple Crown winner since Affirmed in 1978 when he races in the 146th running of the Belmont Stakes on Saturday. (AP Photo/Julie Jacobson)