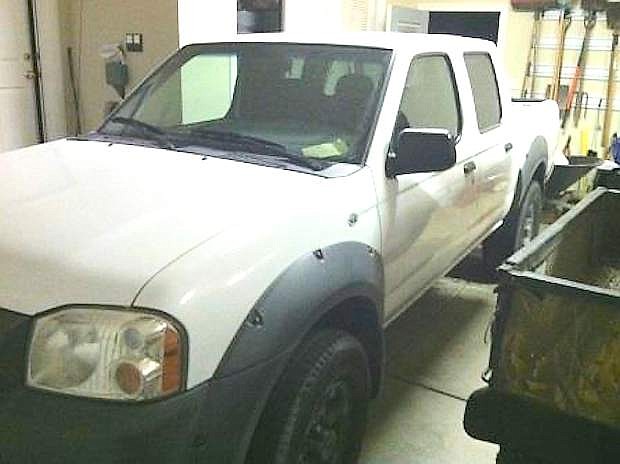 A white Nissan Frontier truck with Arizona plates was found in the garage of a Leo Bingo Court house in New Washoe City south of Reno.