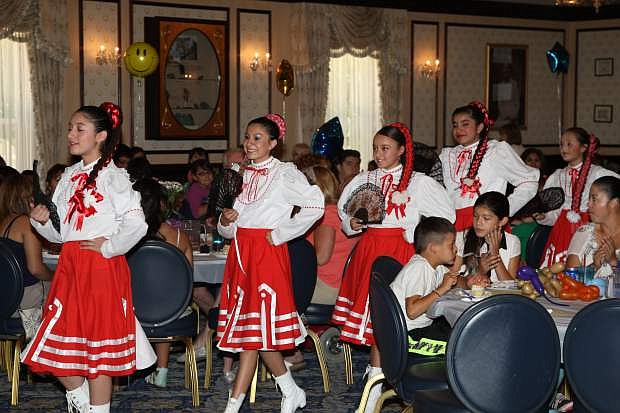 The Metzonali Dancers, Ashley Guadarrama, 10, Esmeralda Salcedo, Natalie Villafana, Nitza Velazquez, all 12 and Citlaly Munoz, 14, prepare to perform for the crowd at the ESL 10th Award Appreciation Ceremony at the Governor&#039;s Mansion Saturday.