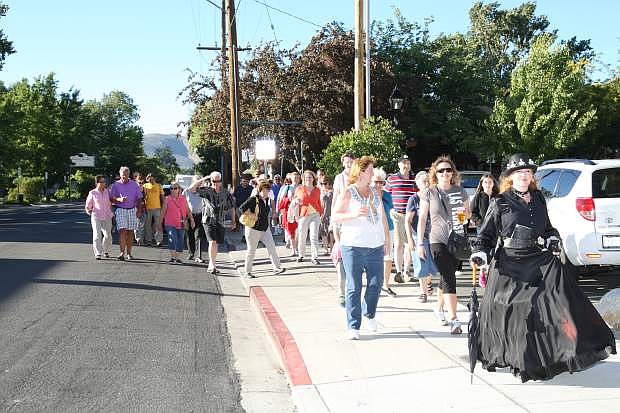 More than 40 people participate in the Carson City Ghost Walk on Saturday. The tour meets at 3rd and Curry on the third Saturday of every month this summer. Tickets are available at brownpapertickets.com