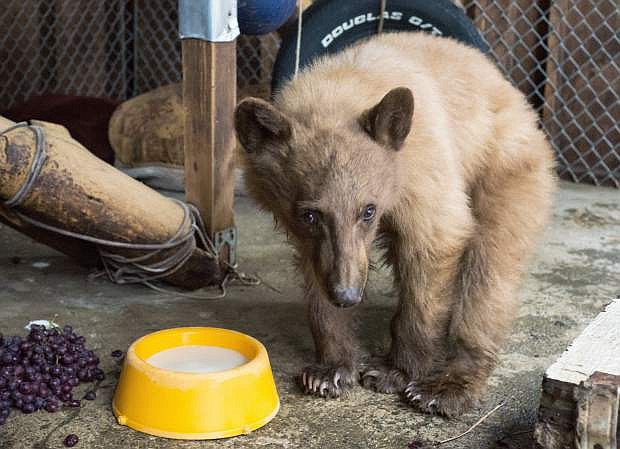 The young black bear dubbed &quot;Heavenly&quot; after he was found injured and approaching people at Heavenly Ski Resort in March must spend his life in captivity because he is too accustomed to people.