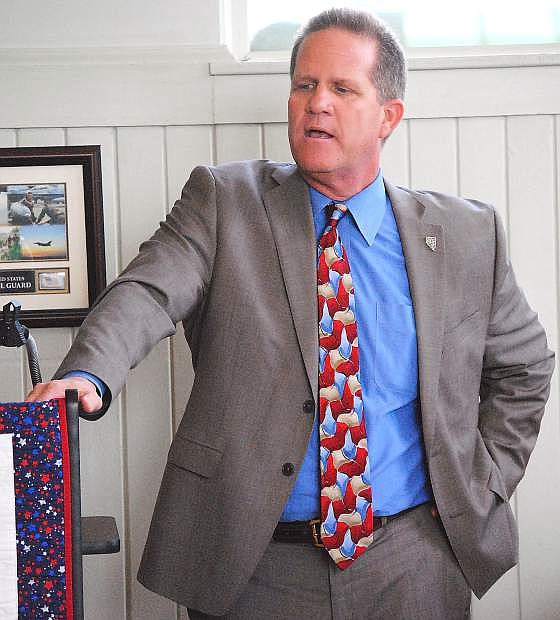 Republican Mark Hutchinson speaks to the Lahontan Republican Women&#039;s group on Friday during a campaign stop in Fallon. Hutchinson is running for lieutenant governor.