Ross to open its doors Saturday 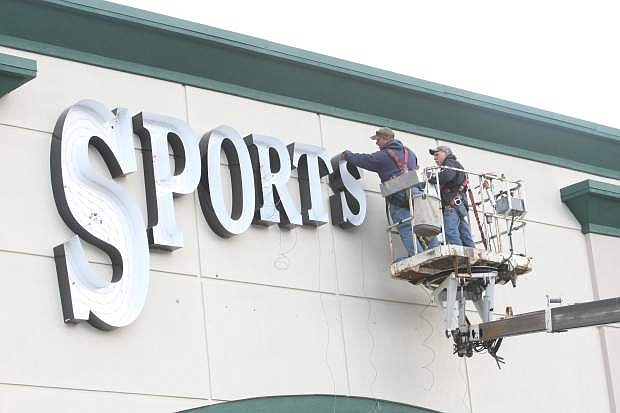 The sign for Sportsman&#039;s Warehouse in the Carson Mall being installed on Wednesday.