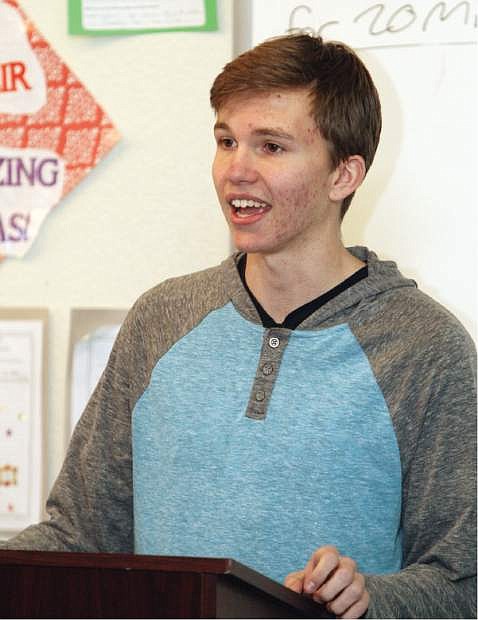 Jake Fenzke, 17, who is Youth of the Year for the Boys &amp; Girls Clubs of Western Nevada rehearses a speech in front of club members and staff on Monday.