Couple attacked by cat to get it help 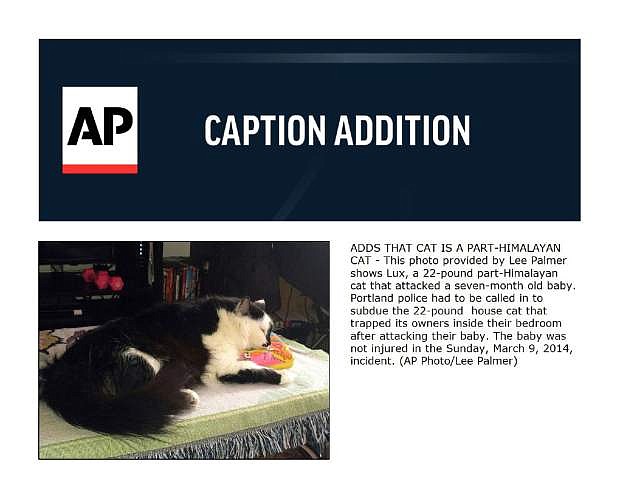 ADDS THAT CAT IS A PART-HIMALAYAN CAT - This photo provided by Lee Palmer shows Lux, a 22-pound part-Himalayan cat that attacked a seven-month old baby. Portland police had to be called in to subdue the 22-pound house cat that trapped its owners inside their bedroom after attacking their baby. The baby was not injured in the Sunday, March 9, 2014, incident. (AP Photo/Lee Palmer)