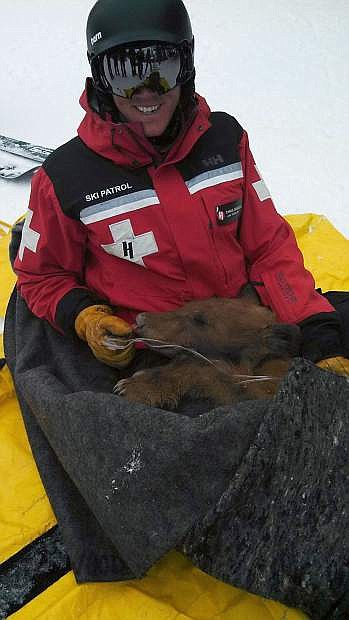 Chris Grasso, a member of Heavenly Ski Patrol, helped respond to an injured bear at the resort Monday.