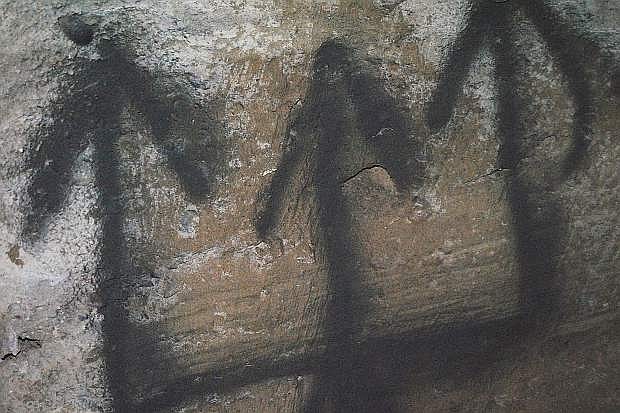 Black paint covers one of Hidden Cave&#039;s walls, which was discovered by officials from the Bureau of Land Management.