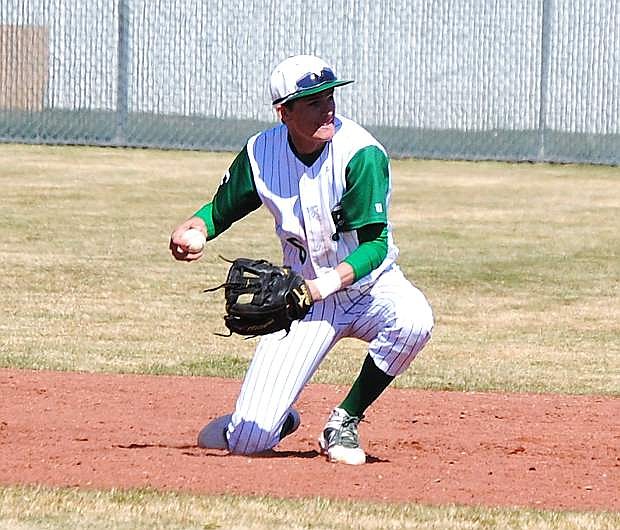 Fallon shortstop Sage Orozco flips the ball to second base during a game last week against Truckee. The Wave host Spring Creek today and Saturday in a three-game series.