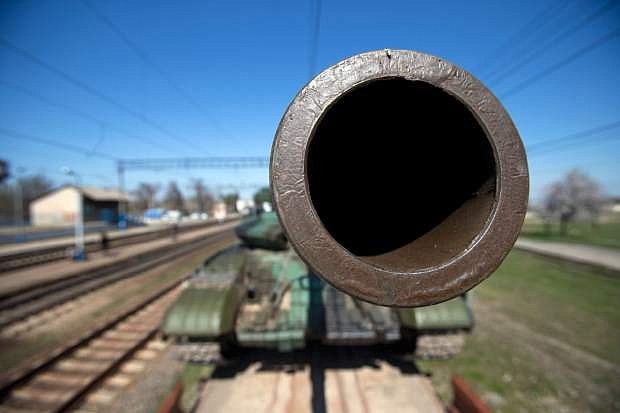 Ukrainian tank T-62 placed on a platform to be transported to the Ukraine from the Ostryakovo railway station not far from Simferopol, Crimea, Monday, March 31, 2014. The new Russian tanks T-72B will be stationed on former Ukrainian military bases. (AP Photo/Pavel Golovkin)