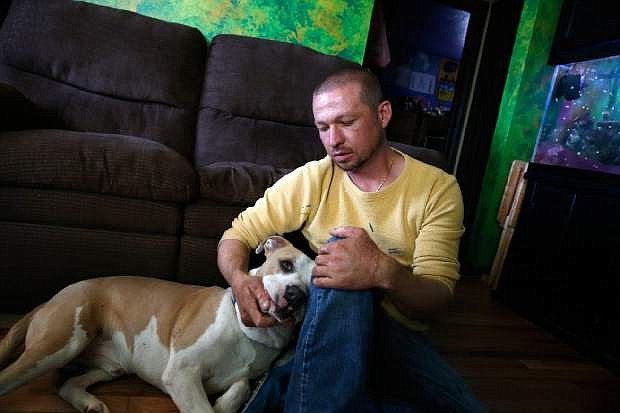 In this May 1, 2014 photo, Wayne Winkler, who suffered burns to 12 percent of his body when butane fumes ignited while he was making hash oil at home, pets his dog Bailey, in his living room, in Denver. Since marijuana became legal on Jan. 1, the state has seen nearly three dozen explosions caused by people making pot concentrates at home, and authorities are grappling with what to do about it. (AP Photo/Brennan Linsley)