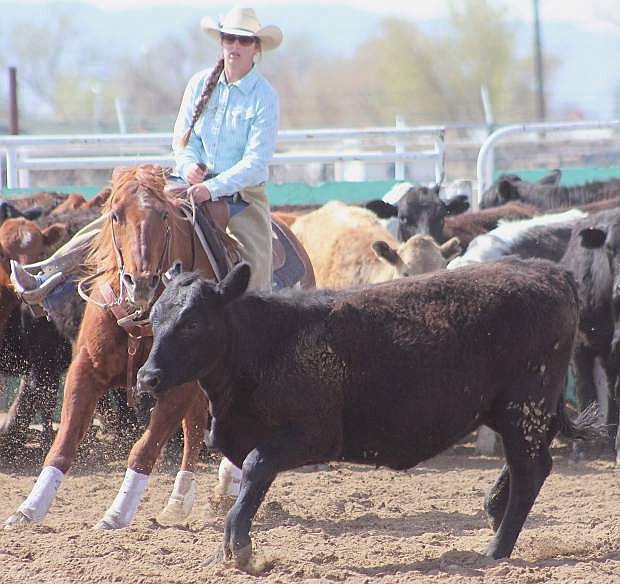 Fallon cowgirl Jessica Gomes competes in cutting during the state finals last weekend in Elko. She finished third and qualified for the National High School Finals Rodeo in July.