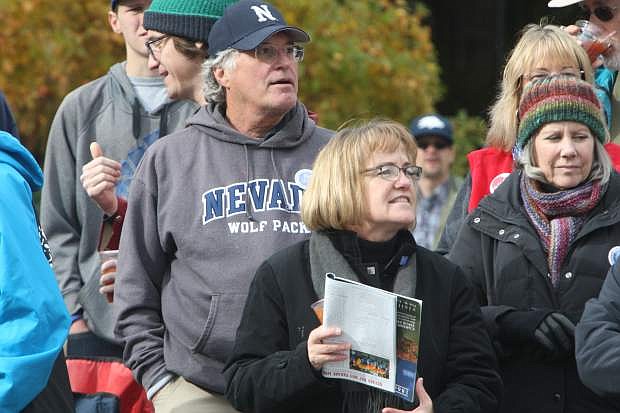 Mike and Susan Hoffman watch the Nevada Day parade on Saturday. It was Mike&#039;s 60th viewing of the parade.