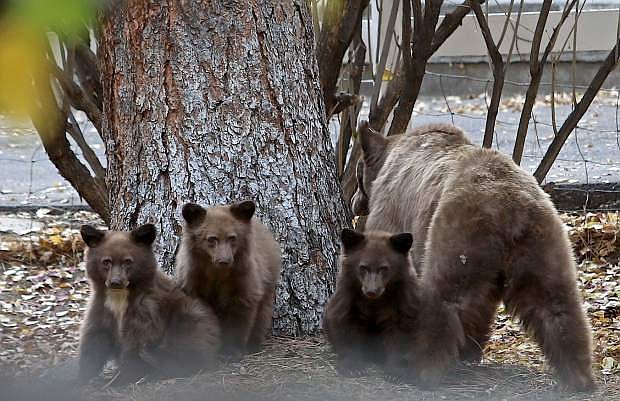 A 13-year-old sow stands guard as her three 9 month old cubs keep an eye on the photographer Wednesday afternoon in Carson City. NDOW biologist Carl Lackey told the Nevada Appeal that the mother had been captured before in 2011 near Spooner Summit and is a &#039;classic drought bear&#039; that is out looking for food and water. The family has been trapped and will be safely re-located in the Carson range.