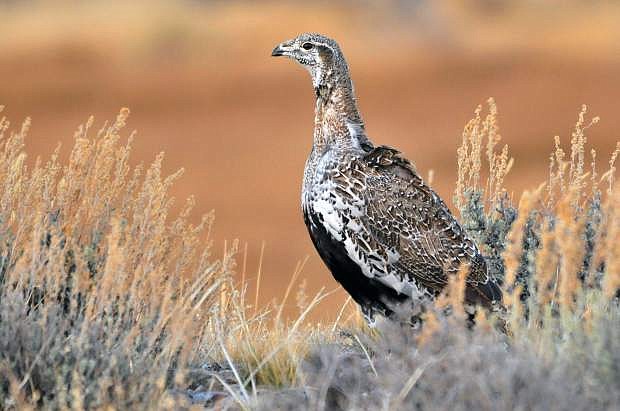 This July, 26, 2014 photo provided by the U.S. Fish and Wildlife Service shows a Greater Sage Grouse at the Seedskadee National Wildlife Refuge in Wyoming. A government study recommends keeping oil and gas drilling, wind farms and solar projects more than 3 miles away from the breeding grounds of a bird that ranges across much of the Western U.S. a finding that could carry significant impacts for the energy industry as the Obama administration weighs whether the greater sage grouse needs more protections after seeing its population plummet in recent decades. (AP Photo/U.S. Fish and Wildlife Service,Tom Koerner)