Many to participate in Carson City Nugget meal today 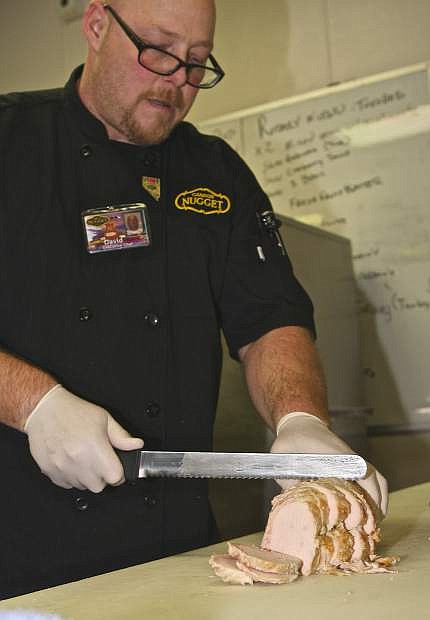 Carson Nugget Executive Chef David Sellars hand-carves a portion of the 1800-2000 pounds of turkey to be served on Thanksgiving day in the Nugget kitchen Wednesday.