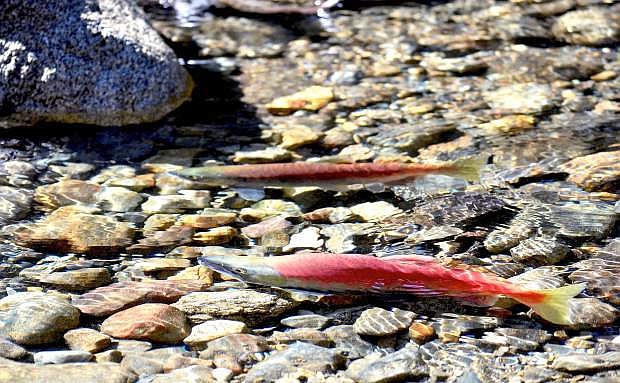 Salmon swim in Taylor Creek during an annual spawning period. When the process is finished, both male and female salmon die.