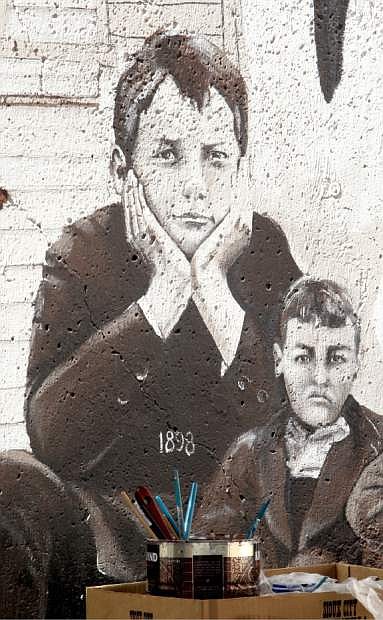 A variety of murals on the history of Virginia City is in the process of being painted by local artists.