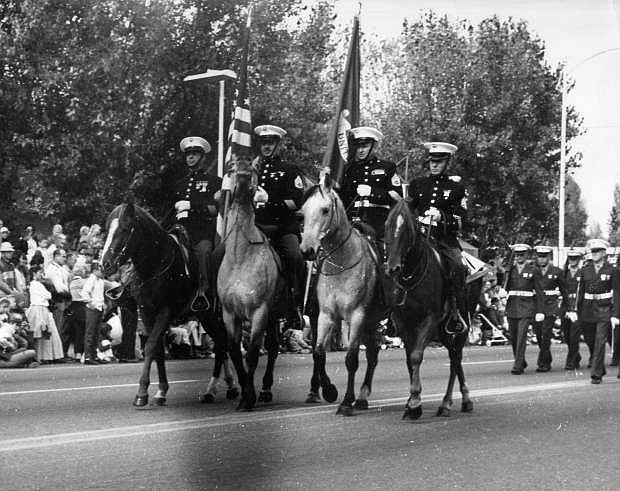 Bob Milby submitted this photo taken around 1964 of Marines from Marine Corps Mountain Warfare Training Center in Bridgeport, Calif. The sergeant on the left is Gene Ewing of Douglas County, retired USMC and retired captain from Nevada State Prison.