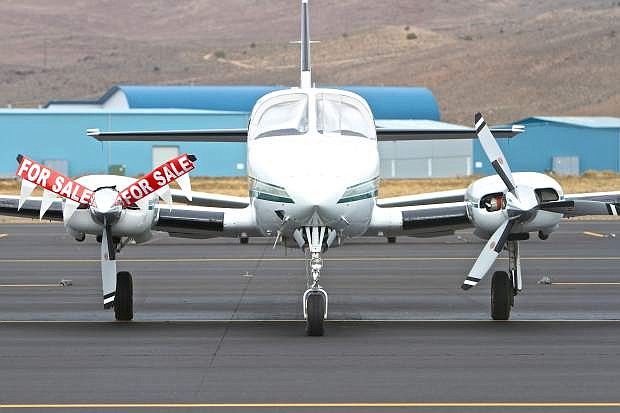 An airplane sits on the tarmac at the Carson City Airport on Wednesday.