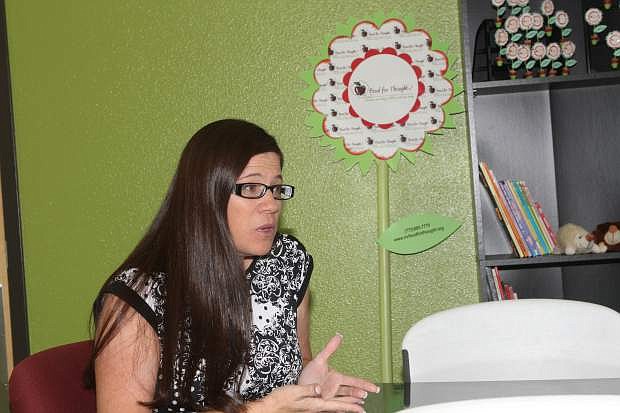 Executive Director of Food For Thought, Inc., Marlene Maffei talks about the program on Thursday at the organization&#039;s headquarters in north Carson City.