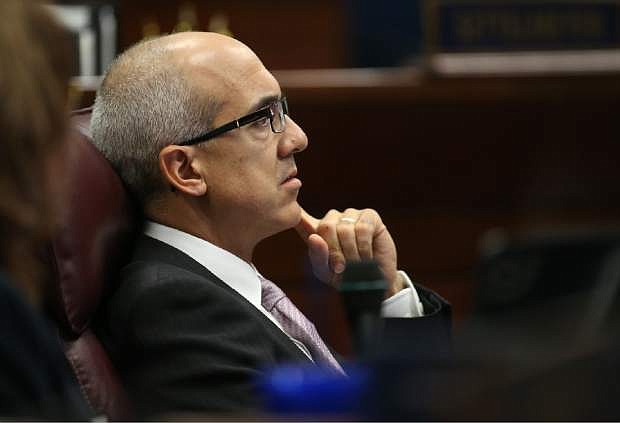 Nevada Senate Majority Leader Mo Denis, D-Las Vegas, listens to testimony from economic experts during the second day of a special session at the Nevada Legislature Thursday, Sept. 11, 2014, in Carson City, Nev. Lawmakers are considering an unprecedented package of up to $1.3 billion in incentives to bring Tesla Motors&#039; $5 billion battery factory to the state. (AP Photo/Cathleen Allison)