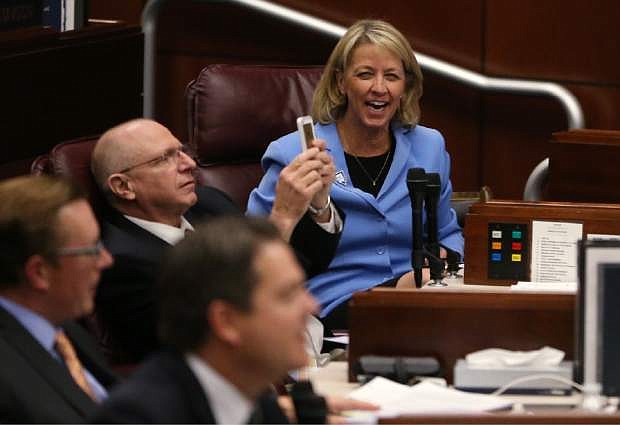 Nevada Senators Joe Hardy, R-Boulder City, and Barbara Cegavske, R-Las Vegas, react to their final vote during the second day of a special session at the Nevada Legislature, in Carson City, Nev., on Thursday, Sept. 11, 2014. Lawmakers are considering a complex deal to bring Tesla Motors to Nevada. (AP Photo/Cathleen Allison)