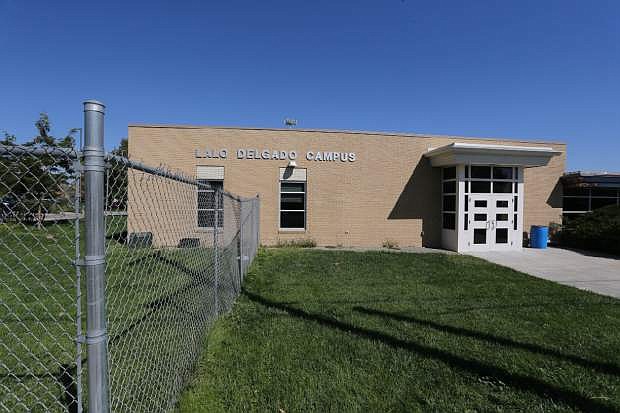 This Friday, Sept. 19, 2014 photo shows the exterior of the Lalo Delgado school campus in Denver. Four students were injured, one seriously, when a teacher was pouring methanol onto a table top and igniting it during a chemistry class demonstration last Monday. Educators and investigators say some teachers lack the training required by law and don&#039;t know about standard safety measures that can dramatically lower the inherent dangers of hands-on experiments they say are vital to science education. (AP Photo/Brennan Linsley)